The Amazing Palacio Pena at Sintra

When we asked Chris, who visited Portugal last year with Gen, where we should go while in Lisbon, his first response was, "Sintra." 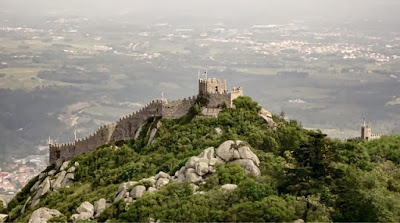 So we got up early this morning to beat the rush, took a taxi to Rossio Station 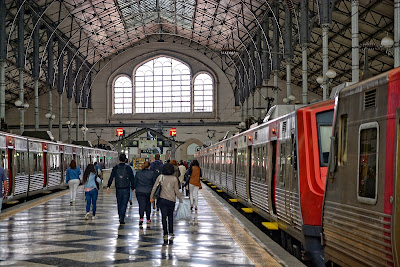 caught the intercity 45-minute train, found another cab, and were up the mountain at the Palace entrance in time for Happy Hour (9:30-10:30 a.m.) reduced rates. 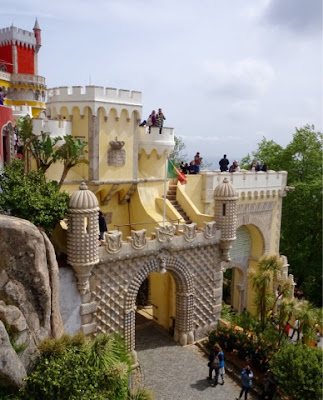 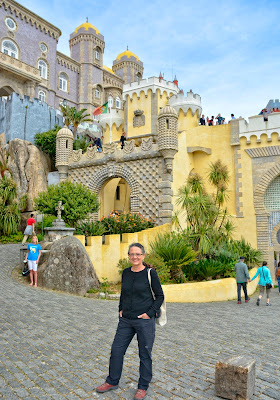 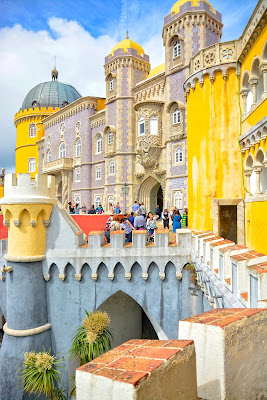 The benefits to being early — in addition to saving a few Euros — were that the crowd was somewhat smaller, and packaged tours somewhat fewer... The drawbacks were that the morning clouds still clung to the high places, and more photo editing was needed to remove dark shadows from the rocks and Triton. 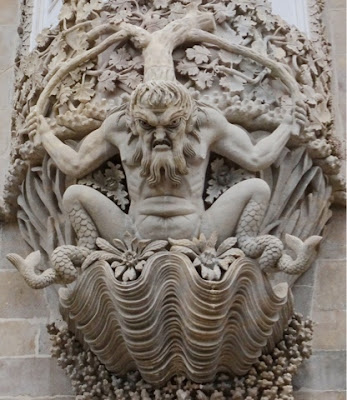 Sintra is an amazing place — bigger than Lisbon, the cabbie assured us. (I think he was referring to land area, not population.) He also told us that last year, there were 11 million visits to all of the tourist venues in the area.

From the old village centre of Sintra, you can see the wall remaining from the Eighth Century Moorish castle. We got a clearer view from the ramparts of the Palacio, an ornate, colourful, luxury vacation home on the site of a former monastery developed by Dom Ferdinand II, consort and (after an heir was born) King with Portugal's Queen Maria II in the 19th Century.

(Ferdinand was a patron of the arts, and an artist himself. Painting ceramics was one of his many interests.) 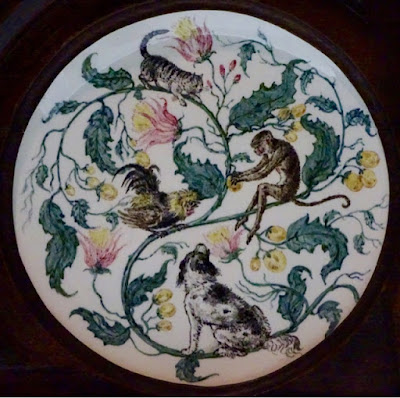 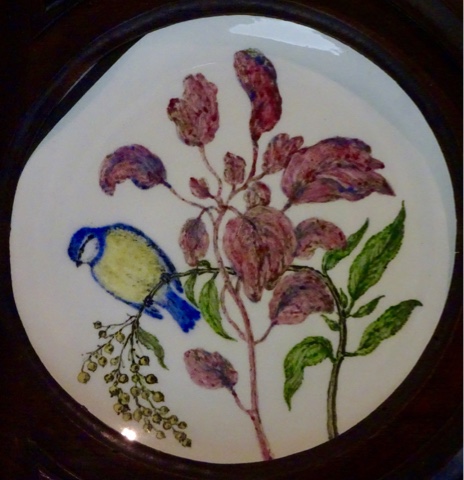 The Palacio was interesting inside — where you must walk single (or maybe double) file along roped accessways. I forced the mob to a standstill so I could get a clear photo of Gord. 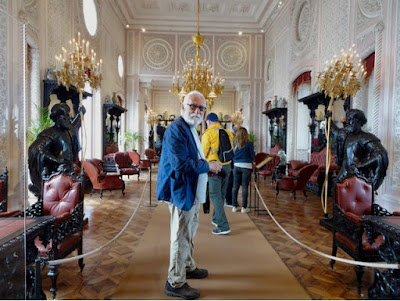 With all the entertaining your average king does, he needed a really big kitchen. 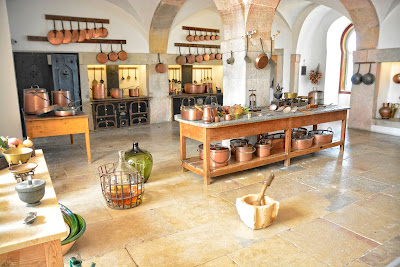 But outside, it is magnificent. There are pathways, gardens, ponds and exotic plants. Azaleas were in bloom, along with Primroses, Columbines and other flowers — including showy Camelia trees. ("Look at those roses!" I heard one tourist say. And yes, they are rose-like.) 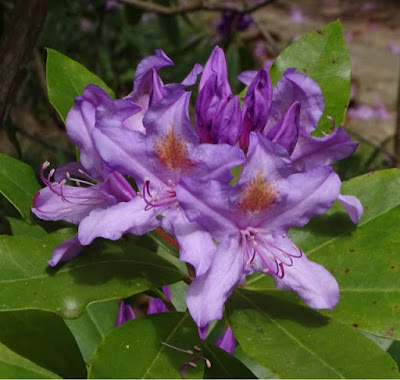 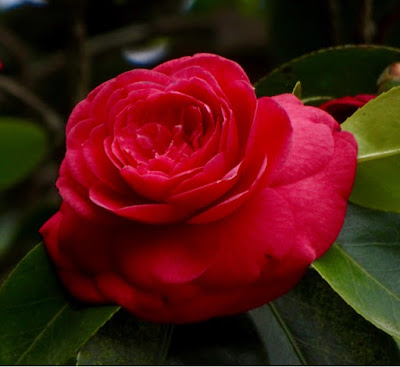 We drove back down the hill in a TukTour Truck — a TukTuk adventure well worth the price. 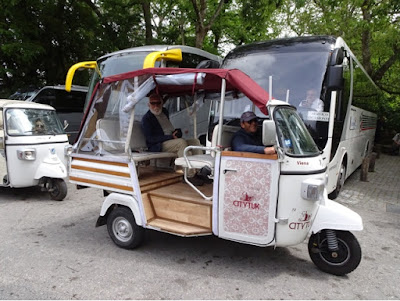 I have a video of that adventure, but can't figure out how to post.
Posted by Shelley Banks at 2:01 PM

Email ThisBlogThis!Share to TwitterShare to FacebookShare to Pinterest
Labels: Sintra