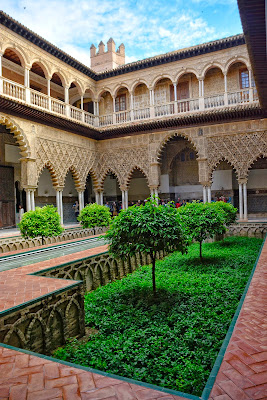 A couple of days ago we thought we would try to take a look at the Real Alcazar but the line stretched around the block and there was no way we were going to stand in the sun for as long as it would take to get in. We decided instead to case the joint and to figure out when the lines were the shortest. We settled on opening time, about 9:30 and it worked. Twenty minutes later we were in.

The Alcazar is a royal palace, a UNESCO World Heritage Site and a massive garden. Originally developed by Moorish Kings you can see their architectural influences throughout.

It is almost too much for me to attempt to describe it so I an going to leave it to you to do your own internet research.

You could spend a week here before you could properly comprehend it. It its prime, what a life style it must have offered. You can just imagine wandering the gardens on ot summer evenings. 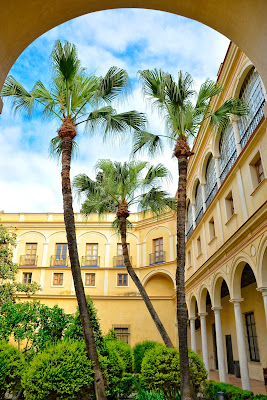 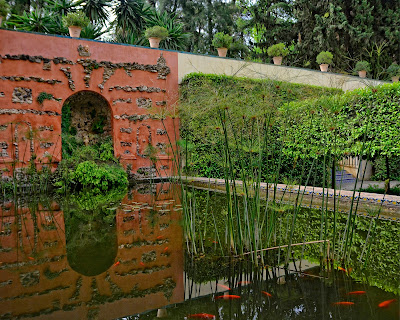 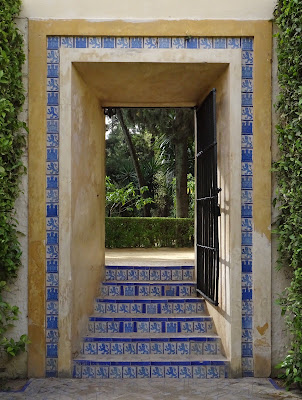 Shelley noticed that if you count the tiles on the risers you will  notice that the doorway leading from one of the courtyards into the garden narrows as you climb the stair. It makes it even more dramatic as you exit the narrow door into the garden. A simple architectural trick which seems to have been almost in today's world. 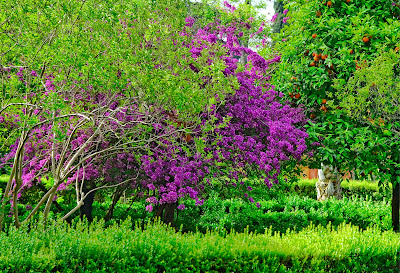 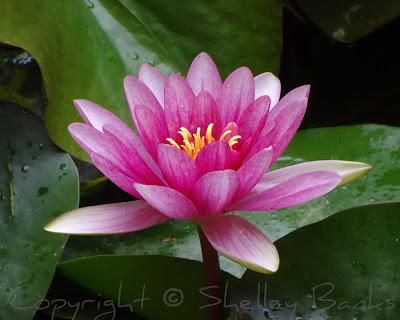 While everyone else was trying to get an impossible shot of a small courtyard, too small to shoot even with a wide angle, Shelley found this perfect water lily in the small pond. 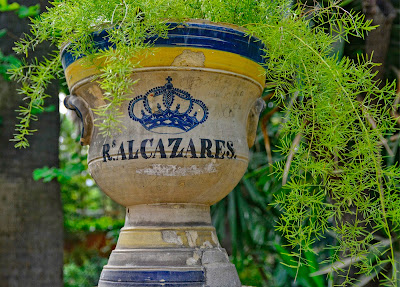 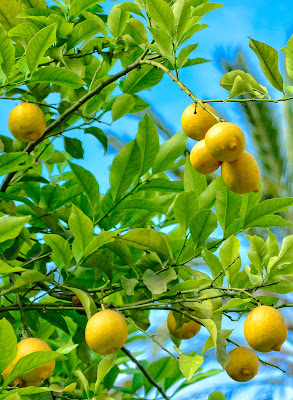