Some of the design in older tile was made by pressing clay onto hand carved wooden moulds. My notes aren't as good as I'd like but I think they are 12th or 13th century. These are rough to the touch and whole walls were covered in these tiles.

In an effort to bring some of the religious art out of the churches and onto the street religious ceramic tile murals and pieces the size of posters. 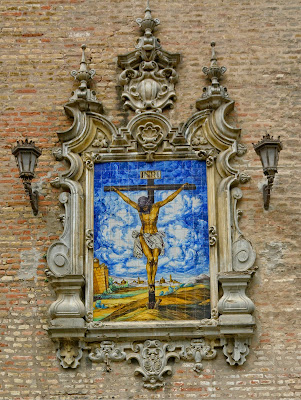 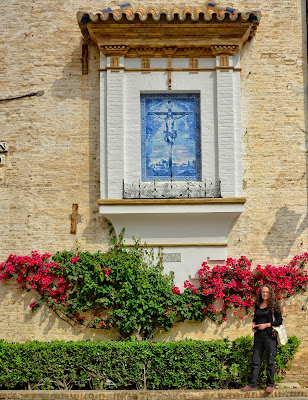 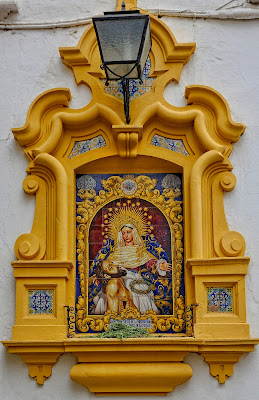 Shelley found this amazing curved ceramic piece on the corner of a building along a street. 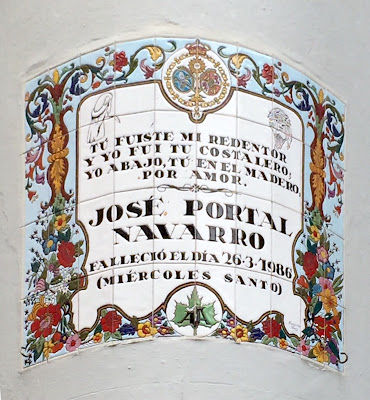 Before Easter in 1986, Jose Portal Navarro was acting as a costalero, one of the men carrying a paso as a part of a procession. He was doing it as a prayer for his father who had cancer. During the procession he suffered a massive heart attack and died on that street corner. The ceramic work is a tribute to him. 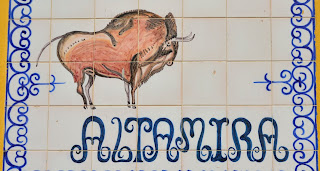 Restaurants and bars advertised their wares. 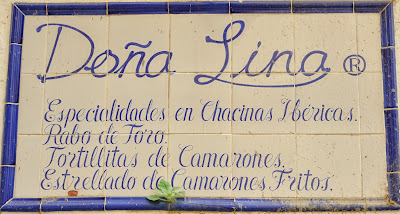 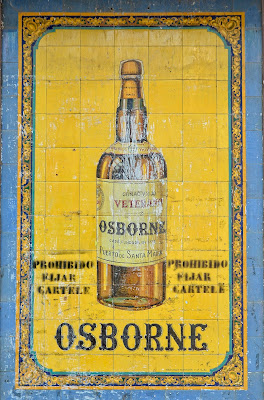 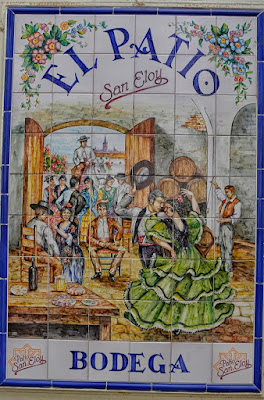 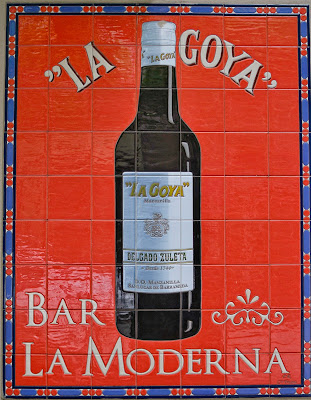 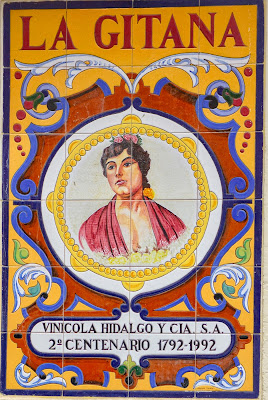 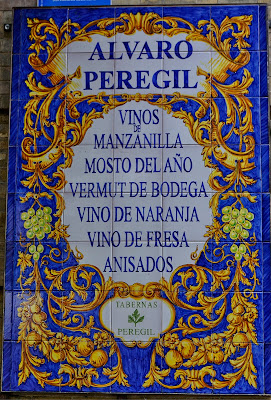