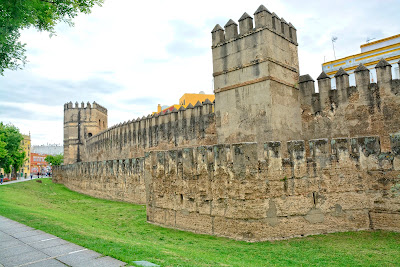 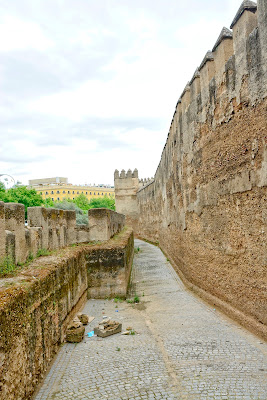 Ok, I don't mean the silly dance but there is a district in Seville's old quarter called Macarena which the sing, and the dance were named after. We walked over one morning, not to check out the cultural activities but to have a look at the wall.

It was the Romans, probably under Julius Caesar, who first city built a defensive wall but Moors who ruled the area in the 11th and 12th centuries, expanded it to an effective 6 km long defensive walls. It was designed to defend the city against enemy attacks but it had another purpose as well. The river, the Guadalquivir flooded frequently and the wall helped keep the water out.

It its heyday the wall had 166 watchtowers and nine gates, with a sentry path along the middle. Today only three gates remain: Puerta de Córdoba, Puerta Macarena and Postigo del Aceite.  Three towers still stand,  the Torre de Oro , near the river, the Torre de Plata  and the Torre Blanca . 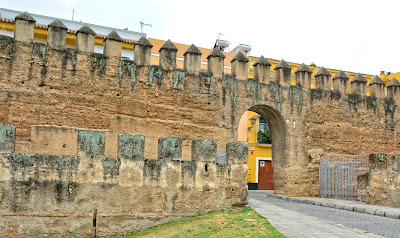 Impressive still we walked the distance of what is left and wandered back to Santa Cruz.

Email ThisBlogThis!Share to TwitterShare to FacebookShare to Pinterest
Labels: Seville