The Plaza de Espanya was built for the Ibero-American Expo in 1928. Today it is mostly government offices. The building is a huge semi-circle with a tower in the centre. The plaza has been used as a location for several films including Star Wars - Episode 2. 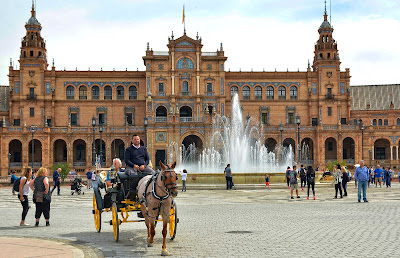 Around the semi-circle, at the base, 58 benches line the facade of the main structure. Each is covered with azulejos or painted ceramic tiles and each bench represents each province in Spain.  So Spaniards can walk around and have their photos taken by their own region's offering. 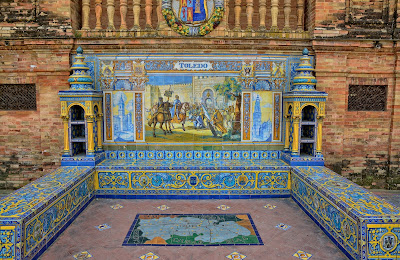 It is a great place to hang out on a sunny morning. It has the requisite big soap bubble guy, trinket seller, living statue and buskers. We were joined by lots of other tourists but there is room enough to not seem crowded. 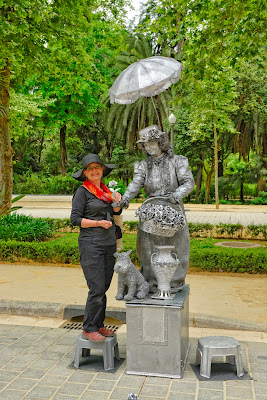 We resisted the opportunity to rent a row boat and cruise around the moat but we did walk around and take lots of photographs. 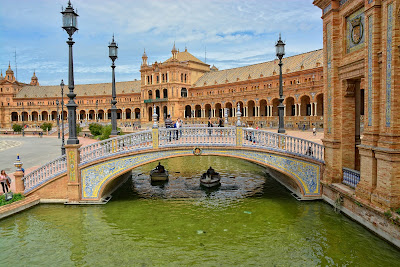